On January 1st, 2017, the Institut Mines-Telecom will be entering a new phase in its history. Against a backdrop of intense international competition, the Institut Mines-Telecom and its schools have decided to take a further step forward by defining a new brand strategy that is shared by the Institute and the new schools formed by the mergers scheduled for January 1st, Mines Nantes-Télécom Bretagne and Mines Douai-Télécom Lille.

Four years on from the creation of the IMT, the decision has been made to move on from a simple juxtaposition of the Mines and Télécom brands by creating a new, ambitious international identity to accompany the schools as they take up the great challenges of the 21st century.

In an ever-changing world, the IMT is taking its place as an active participant in the transformations underway and has opted for:

As heir to the dual identities of the Mines and Télécom schools, it is open to the changes in management, industry and technology that are changing our society.

The Carré Noir agency specializing in brand issues has supported the Institute and its schools through this process.

The change of brand was decided on to accompany the new strategic orientations of the IMT through to 2022. With its short radical, it can be adapted geographically by the first schools that are joining the process of merging and extending their offering.

The new brand will be used immediately for new school creations, such as the new school in the west of France formed by the merger of the Mines Nantes and Télécom Bretagne schools, to be named IMT Atlantique (Bretagne – Pays de la Loire), which will be using the new brand artwork.

“The name was proposed by a working group comprising personnel, corporations, graduates and students, and is consistent with the brand policy of the Institut. The Atlantique suffix should be taken in its broadest sense and underscores the voluntarily open international dimension of our school. The names of the two regions where the school is based express our strong local roots and our commitment to the economic development of our local territories. The name expresses all the values of the Institute, of which our school aims to be the flagship and archetype,” explained Paul Friedel, Director of Télécom Bretagne, and Anne Beauval, Director of Mines Nantes.

Other IMT schools are also looking to adopt it, beginning by the school formed by the merger of Mines Douai and Télécom Lille, according to Daniel Boulnois and Narendra Jussien, their respective directors.

When will the new brand be rolled out ?

The IMT Atlantique Bretagne-Pays de la Loire school will start using the new brand right away to promote its training offering to its future students and partners.

Otherwise, the general roll-out date is set for January 1st, 2017. 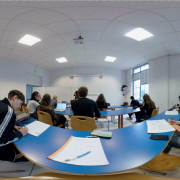 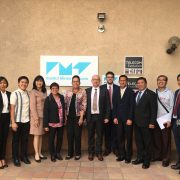 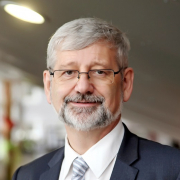 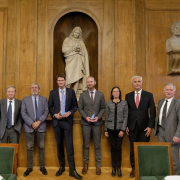 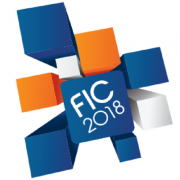 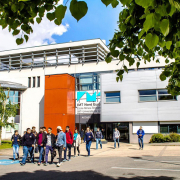 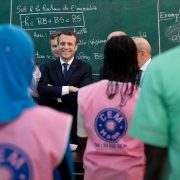 Emmanuel Macron in Dakar: IMT at the forefront, in response to major training challenges in West Africa

Researchers and SMEs meet at the Rendez-Vous Carnot on 5 and 6 October in L...
Scroll to top