Télécom Paris and Télécom SudParis, two major engineering graduate schools in the field of digital technology, are envisioning a merger prior to their arrival at the Paris-Saclay campus in 2019. The Deans of the two IMT schools have begun a feasibility study, the results of which will be released in January 2017. The shared objective is to establish a benchmark national digital technology Grande Ecole in response to economic and societal concerns.

Yves Poilane and Christophe Digne, the Deans of Télécom Paris and Télécom SudParis respectively, have been tasked by the French State with conducting a feasibility study before January 2017 regarding the proposed merging of their schools. In three years’ time they will have the opportunity to come together as one when they both move onto the campus at Paris-Saclay.

Their shared ambition is to build the country’s benchmark digital technology graduate school, as both schools enjoy a solid academic base in this field and share a common industrial ethos. This school would offer a single engineering curriculum, the aim being to recruit successful applicants for the Grande Ecole preparatory classes via the Mines Ponts competitive examination, the organizers of which would be approached in this respect. This school will foster interdisciplinary interactions with academic and industrial stakeholders, thereby providing students with the indispensable digital expertise required today.

According to Yves Poilane, ‘by establishing ourselves as the country’s leading institution for innovation through digital technology at Paris-Saclay, we intend to help provide a response to the economic issues and social challenges that we currently face in the 21st century. We are aware of the impact digital technology is having on the world today and we want to actively contribute to this.’

As for Christophe Digne, he stated that ‘by bringing the two schools together and rising to the challenge of making sure that higher education makes a real contribution to digital technology, we can strive to better educate engineers in increasingly complex and multidisciplinary issues. We would do this by covering all the digital disciplines and the major industries that they influence, something that the two schools would not be able to do separately. Moreover, our staff within IMT have already collaborated together. This partnership has strengthened in the last five years and will do so further with our future shared location at the University of Paris-Saclay.’

The projected merger between the two schools seems to be a natural evolution. With 24,000 alumni and the ability to train 1,000 new graduates every year, the new school could boost its reputation and appeal, not just for prospective students, but for businesses too. The combined set-up in Palaiseau by 2019 is a realistic goal and one that would be symbolic for the merging of the two schools.

Looking beyond Télécom Paris and Télécom SudParis, there are also anticipated benefits for other stakeholders. For IMT, this merger would create a ‘flagship’ school with even stronger expertise in the digital technology sector; for the University of Paris-Saclay, the new school would significantly contribute to training, research and innovation; and finally, for the local authorities (Paris-Saclay, southern Greater Paris and, more broadly, the Essonne area) the merger would bring a more attractive digital technology institution to Palaiseau and Evry.

If the project is given the go-ahead, the aim is now to qualify and quantify the schools’ respective strengths and weaknesses, define a strategic ambition which draws upon the best skills of each school, identify the difficulties and risks of the project, and put forward a phasing and organization plan.
According to Philippe Jamet, the President of IMT,‘our study of this merger is consistent with Institut Mines Telecom’s plan for its presence at Paris-Saclay.’ 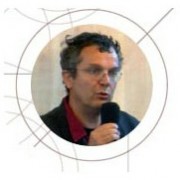