You are here: Home1 / Live labs2 / Videotelephony – cost efficiency and the importance of maintaining social l... 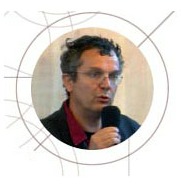 Information and communication technology has become woven into the fabric of our daily life – work, leisure, social interaction, identity and more – transforming the way in which we interact with an increasingly technological environment, and the ways in which we socialize. Acutely aware of the ever-growing importance of users and consumers, IMT has for several years been supporting cutting-edge research into uses of mobility and the sociology of ICT and networks. The Institut has promoted inter-disciplinary approaches to understanding the latest developments in digital life in all of their complexity, evaluating their economic, legal, managerial, social and psychological ramifications. This initiative has included extensive research into the development of videotelephony and telepresence technologies, a topic which is of particular interest to Christian Licoppe, a sociologist in the Economic and Social Sciences Department at Télécom Paris.

As travel becomes a luxury, videotelephony will prove to be a crucial resource for maintaining social links

Researchers at IMT have been studying the phenomenon of video calls for over a decade now, rightly predicting that this technology – initially greeted with little enthusiasm – would take off in a big way as sustainable development became a key consideration.

As soon as restrictions on long-distance travel began to appear (from rising oil prices to the after-effects of the Icelandic volcano), perceptions of videotelephony suddenly became a lot more positive. As Christian Licoppe puts it, “In the not-too-distant future, long-distance travel will become a luxury. And despite the inconvenience posed by the fact that video communication requires speakers to prepare themselves visually for the interaction, it’s a safe bet that videotelephony is finally going to become common practice. It is a powerful tool for social interaction.”

Researchers at IMT spend as much time as possible in the field, observing users of video call technology to better understand their behavior and observe new personal and professional uses as they emerge. “A lot of our studies have an ethnographical bent. We want to observe what people do, to gather video data and to study how they are produced,” Prof. Licoppe explains. 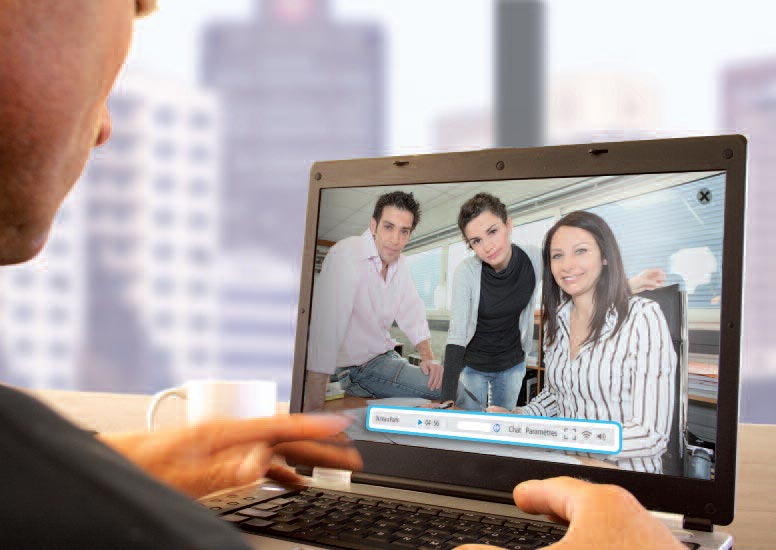 Use of videotelephony in the legal system

Over the past few years researchers from Télécom Paris have been working closely with the Ministry for Justice, conducting interviews to gather observations from legal professionals. As Christian Licoppe explains, “We have observed the growing use of videotelephony in this very particular professional environment, where this technology was first introduced because it offered substantial savings by avoiding the costly process of delivering detainees to court.” From the first experiments with complicated equipment and instructions down to the current state of affairs, with defendants frequently ‘appearing’ in court via video link, this long-term partnership has allowed us to observe first-hand the emergence of a technological phenomenon.

At the same time, our researchers have been studying personal uses of videotelephony – particularly its use for maintaining social links – using innovative observation and recording methods to study these practices in the home (via Skype and MSN) and, a more tricky proposition, on-the-move.

Mobile users are still relatively thin on the ground, but their usage patterns could point the way towards the future of this market, particularly with the latest iPhone models. “These users are technophiles but their interaction with the technology is fairly standard: they are simultaneously acting both as image producers and as the audience of the images received, in an interactive dynamic where words and images are inextricably interwoven,” opines Christian Licoppe.

As for home use, researchers have observed the importance of this technology in maintaining social links with people who are geographically distant. As Prof. Licoppe puts it, “A tool like Skype is a perfect example of how entrenched videotelephony has become. It’s used by a broad range of people, who have access to the internet but who are not necessarily technophiles, who are not constantly connected. Like a grandmother who wants to see her grandchildren.”

The use of videotelephony by the general public is spreading, without the avalanche of hype and the buzz which accompanies ‘killer applications’, but surely and steadily as constraints on mobility become more restrictive and the technology continues to improve. Telepresence is one of the key technological advances which justify the installation of ultra-high-speed broadband networks. In what way does telepresence differ from other modes of electronic communication, such as social networks and web 2.0 technology? Christian Licoppe is unequivocal: “It’s less addictive and not all about instantaneous impact; users communicate and develop their audiovisual skills (framing, relevance of the images) rather than focusing on the promotion and attention-seeking which we observe on Facebook and similar sites.”

The research teams at IMT now hope to turn their attention to questions arising from the results of this first wave of studies, and relating to the development of new, innovative forms of telepresence: link-ups with other media, document sharing (including multimedia applications), economic systems integrating videotelephony and concrete uses of this technology by businesses. How will the cost of videotelephony stack up against the potential gains to be made by reducing travel costs? What are the likely consequences in terms of establishing interconnected communication profiles?

The researchers at IMT have plenty of material to inspire new videotelephony interaction experiments.

Christian Licoppe : In addition to degrees from the Ecole Polytechnique and Télécom Paris, Christian Licoppe has a PhD in the history and sociology of science and technology. Before joining the Economic and Social Sciences Department at Télécom Paris, Prof. Licoppe was director of the “Uses, Creativity and Ergonomics” laboratory at France Télécom R&D (Orange Labs). His work includes research into mobile technology use and using geo-positioning and communication data to analyze the behavior of mobile telephone users; he is also interested in the development of video communication, via mobile devices, via Skype and in institutional environments such as legal proceedings using video conferencing technology. His work fits into a broader dynamic of research into the uses of information and communication technologies, spearheaded by teams of sociologists attached to the various schools in IMT network. 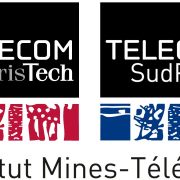 Beyond the limits of diffraction: diffractive nanostructures – Kevin Heggarty,...
Scroll to top