You are here: Home1 / News2 / Visit from the National Research Foundation of Singapore

On 17 and 18 March a delegation from the National Research Foundation (NRF) of Singapore came to Paris to exchange views with the principal actors of research and innovation in France. During the visit the delegation met with the French General Directorate for Research and Administration (DGRI), the CNRS, the ANR, the CEA and IMT.

Professor LOW Teck Seng, President of the NRF, Mr Zainal Arif Mantaha, the Ambassador for Singapore in France and Dr LIM Khiang Wee, Managing Director of CREATE were among the delegates on the trip. During their visit to IMT they were met by Luc Rousseau, Vice President of the French General Council for Economy, and then Philippe Jamet, President of IMT, Francis Jutand, Deputy President, Christian Roux, Director of Research and Innovation and Michel Pavageau, Director of International Relations.

The  NRF (National Research Foundation Singapore) is directly linked to the Singaporean Prime Minister’s office. It defines national priorities and finances strategic research programs. The Singaporean organization has just launched its new five-year plan for support for research called RIE2020, with funding of S$19 billion (€12 billion). Topics addressed by the plan include industry of the future, notably through the programs for “Health and Biomedical Sciences”, “Urban Solutions and Sustainability” and “Services and Digital Economy”.

The NRF already works with IMT in the framework of the IPAL laboratory, based in Singapore. The aim of this visit was to develop new collaborations, in particular on the subject of the industry of the future, a field that the Institute is strongly involved in. These new collaborations should combine research, innovation and support for SMEs. 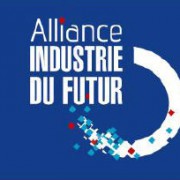 Uniting, accelerating and transforming French industrial tools: official launch of the Alliance for the Industry of the Future 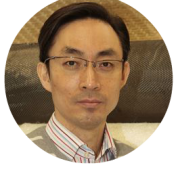 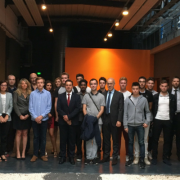 The Digital Future think tank has risen up one place in the University of Pennsylvania...