Each year the IMT – Académie des Sciences Awards, created in 2017, honor exceptional scientific contributions at the European level in the areas of digital technology, energy and the environment. The 2018 edition of the awards ceremony took place on Tuesday, November 20, under the Cupola of the Institut de France. During the ceremonial session, three winners were honored (two joint Grand Prix winners and one Young Scientist Prize): Ange Nzihou, Pierre Comon and Ioan-Mihai Miron.

– a Grand Prix awarded to a scientist who has made an exceptional contribution to the fields mentioned above through an outstanding body of work;

– a Young Scientist Prize awarded to a scientist who is under 40 years old on January 1 of the year the prize is awarded, and who has contributed to these same fields with a major innovation.

These prizes are awarded jointly by IMT, with support from Fondation Mines-Télécom, and the Académie des Sciences. They include the following prize amounts: Grand Prix:  €30,000; Young Scientist prize: €15,000 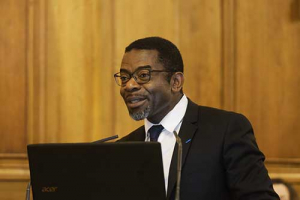 Ange Nzihou: waste worth its weight in gold

For Ange Nzihou, waste is a valuable material. Winner of the 2018 IMT – Académie des Sciences Grand Prix, this researcher has been working for over fifteen years on recovering waste to turn it into an important economic resource. By creating the global conference WasteEng, an international peer-reviewed journal,
and an encyclopedia dedicated to waste reuse, he has helped bring together an international scientific community with a shared interest in this theme of the future. 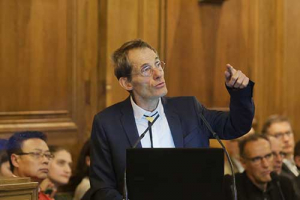 Pierre Comon: from the brain to outer space, in search of a single solution

The research of Pierre Comon handles a topic as trivial as it is complex:
how to find a single solution to a problem? From the environment and telecommunications all the way through to health, this researcher in information sciences at GIPSA-Lab (joint research center of CNRS, Université Grenoble Alpes, Grenoble INP) tackles many issues. Winner of the 2018 IMT – Académie des Sciences Grand Prix, he juggles mathematical abstraction and the concrete reality of the scientific field. 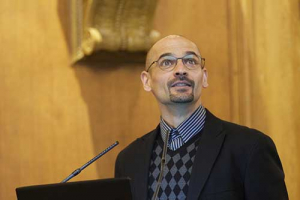 Ioan-Mihai Miron’s research in spintronics focuses on new magnetic data storage systems. Carried out in the Spintec lab, in Grenoble, it is still in the early stages. Nonetheless, it already shows huge potential in confronting the limits currently encountered by our computers’ memory technology. Ioan-Mihai Miron received the IMT – Académie des Sciences Young Scientist Prize for the innovative and promising nature of his work.

From Bercy to Las Vegas: IMT start-ups ready to take on CES 2019