Imagine and build the future

France’s leading group of graduate schools for engineers and managers since its creation in 2012, under the auspices of the Ministry for Industry and the Digital Economy, IMT has unveiled its global strategy for the period through to 2017. Four broad directions have been defined to back up the Institut’s ambition to make a decisive contribution to the economic and industrial dynamism of France, against a backdrop of significant changes to society: digital, energy-related and economic.

“After a joint effort for over a year with all IMT schools, four key directions have been defined, coupled with the Institut’s main missions which are training, research and innovation in the engineering and digital sectors. We are very proud of the outcome, one that will bring the teams together around a collaborative project”, declared Nicolas Sennequier, Director of Strategy at IMT.

Training engineers and entrepreneurial and innovative managers for decades to come

Tomorrow’s society needs engineers and managers who are able to adapt to technological and managerial evolutions in a globalized context.

Made up of the Mines and Télécom engineering and management graduate schools, the Institut is seeking to create and develop teaching practices adapted to these new needs, such as shared training features based on educational innovation and new technologies. For example the MOOC (Massive Open Online Courses), which have already received special attention from the Institut schools and which have led to the creation of an internal “MOOC factory”. On this subject, the Institut is also part of and one of the first contributors to the national France Digital University platform launched in early October.

IMT is also looking to promote its block-release training courses as well as its training of excellence programs and increase student numbers. The Institute is already extremely prominent in these forward-looking training courses. They meet the demands of the economic sector and society, and also allow the Institut’s training programs to be available to a wider range of profiles.

Meet the scientific challenges of our changing society

The combined forces of Mines and Télécom schools since the creation of the Institut in March 2012 has resulted in a major player in academic and partnership research in some of the most significant scientific sectors – Digital; Energy; Advanced materials; Environment and natural resources; Economy, business and society – and in two application sectors, healthcare and smart transport.

The Institut is also positioned at the focal points of three major transformations: digital transformation of society, energy transition and changes to businesses and civil society.

In the framework of its new strategic plan and in order to be fully involved in these transformations, the Institut will mobilize the research teams from all its schools to develop 7 cross-cutting research programs and to meet the needs of businesses, government and local authorities: Smart and Sustainable City; Energy Transition; Health and Autonomy; Enterprise of the Future; Risk and Security; Innovation, Economic Models, Uses and Regulation; Sustainable Industrial Production.

Be a catalyst of economic development

To provide further support for the economic development of the country, IMT would like to develop assistance for SMEs and midcaps as well as business start-ups.

Through its experience in partnership research, its involvement in the national as well as regional innovation ecosystem (especially competitiveness clusters), and the presence of its schools in different regions, the Institut is already very active in its support for SMEs and midcaps. The following activities are already carried out and will be developed:

Another course of action: the development of entrepreneurship. Adding to the dynamism of its incubators at the schools, the Institut will reinforce its awareness programs for students, in particular with a planned generalized entrepreneurship week set to take place simultaneously in all schools in the group: students will work on business start-up ideas to stimulate their creativity and their entrepreneurial spirit in order to create long-term value in the area.

Openness to international markets is a major challenge that the Institut is keen to take up. Among the priority areas is the step-up of recruitment of high-level foreign students with the aim of diversifying geographical origins and increasing numbers. China, India and Brazil are still the main targets with permanent representatives in the first two countries. As of 2014, active recruitment campaigns will be conducted in several new countries. IMT aims to enlarge its network of representatives and influence overseas at the same time

“These four strategic directions will be the Institut’s recurring themes for years to come. All concrete initiatives supporting them will be launched as part of annual action plans”, concludes Nicolas Sennequier. 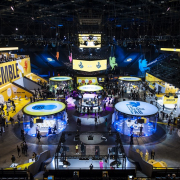 The Secure Compression Lab: IMT launches the first joint laboratory for data security and compression, alongside an SME and a start-up company 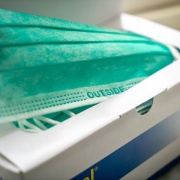 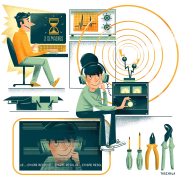 A challenge where students build their own radio system, an innovative teaching method at IMT Atlantique 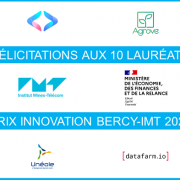 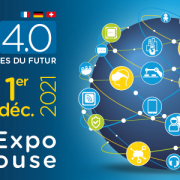 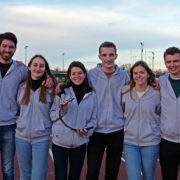 9 & 10 October: the two Carnot institutes of the Institut Mines- Télécom...