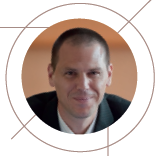 The ability of wetland areas to retain and treat a wide variety of pollutants in urban and rural areas has been known about for a number of years. Understanding how they work has facilitated the creation of biofilters such as constructed wetalnds. At Mines Nantes, researcher Florent Chazarenc has studied these systems over lengthy periods and created solutions adapted to different types of wastewater. He aims to improve the French domestic wastewater treatment industry, an area of expertise that is starting to be exported.

Wastewater treatment tailored to the pollutant

Wastewater can be a by-product of human uses, whether domestic, agricultural or industrial, or can come in the form of surface run-off water. It contains organics, phosphates and nitrates, heavy metals, hydrocarbons and even drugs. “My research consists in developing wastewater treatment solutions adapted to situations which currently don’t have any: it all depends on the nature of the effluent, but the carrier is always water,” explains Florent Chazarenc. The researcher mainly works with a category of treatment processes known as constrcvuted wetlands , which is a wastewater treatment system using macrophyte plants (aquatic plants with underwater or floating organs), substrate materials (sand, gravel etc.) and colonized by micro-organisms. The technique involves creating an artificial wetland that is used as a biofilter, commonly called a reed bed filter or constructed wetland.

In constructed wetlands the water is purified through a combination of physical, biological or chemical processes. Plants with a dense root structure offer good physical filtering, while micro-organisms growing on their surface produce biological activity that decomposes pollutants such as nitrates and transforms them into nitrogen gas. “When there’s nothing left to do biologically, we move on to chemicals”, which is the case for phosphates. “This combination of all three is called chameleon technology, Florent continues, “which entails creating biological and chemical-physics reactors adapted to all categories of wastewater”, regardless of climate conditions (temperature, amount of sun) or the liquid pressure and organic load.

Research into all kinds of solutions has been fueled by this variety of wastewater types. Florent Chazarenc and his team work on several projects at the same time, including developing systems to refurbish old extensive wastewater treatment plants built in the 1980s and give them a new lease of life, treating leachate in Africa by getting rid of pollutants through electrolysis and/or photocatalysis in combination with reed bed filters, and protecting natural wetlands with constructed wetlands.

“Since the 1980s and the initiative by IRSTEA in Lyon, more than 3,500 reed bed filters have been introduced in France for towns and villages with fewer than 2,000 inhabitants.” Florent Chazarenc has contributed to the sharp rise in these installations since the 1990s. In France, the process is called a “vertical flow filter” because the wastewater is spread out at the surface and filtered down through the bed via percolation. However, the fact that a surface area of 2 to 3 m2 is needed per inhabitant can sometimes hinder the development of the sector. Although improvements do exist to reduce this to 1 m2 or even 0.5 m2 per inhabitant, they have not yet been employed in association with large urban areas or wastewater from the food industry.

The double drainage system is only present in the compact channel, limited to the 1st stage, which is deeper.

Florent has studied results from more than 150 of these installations over 10 years, looking at systems with two or just one treatment stage. The researcher aims to improve the French domestic wastewater treatment industry, which is now starting to be used abroad. “We are now very good at treating suspended matter or organic matter, but we could do better on nutrients like phosphates or nitrates”, he explains. The idea is to employ the same approach used in process engineering: “intensify the extensive system”.

Two approaches known as semi-extensive are being studied. The first consists in intensifying the pollutant-removal process using chemical techniques. The European project called Slasorb was conducted in this framework, proposing an innovative solution for extensive treatment of phosphates using a co-product of the metallurgic industry as reactive matter. “This project needs its first industrial reference”, added the researcher, who hopes to promote its disruptive technology. The second approach reduces the reaction volume and the surface area taken up by the process. This can be done through forced aeration or by transporting the effluent from the outlet back to the start of the process – recirculation; both these methods require energy, which may be produced from renewable sources (wind turbines or solar energy etc.)

Florent is interested in many other types of wastewater which can be treated with constructed wetlands and specific installations, including industrial wastewater (pastry-making, chocolate manufacturing, fizzy drinks manufacturers etc.) and sludge.

It takes one to two years for a vertical flow reed bed filter to reach its optimum efficiency. These long periods require work on several projects at the same time, in partnership with microstructures, SMEs or large groups. Some projects involve fundamental research, while others, which are greater in number, are focused on applied research with rapid dissemination. In this framework the technology readiness level is an important indicator for the solutions studied, from level 1: “basic principle observed”, to level 9: “real system proved”. Most of Florent Chazarenc’s work is situated between levels 5 and 7, and a few on levels 3 and 4.

While significant financing is earmarked for wastewater treatment, rainwater treatment has only recently started receiving funding. This water is contaminated through the surface run-off process, washing the ground and coming into contact with contaminated surfaces, for example roads polluted by the car tire wear. “There is still a little atmospheric pollution in certain countries (acid rain)” the researcher explains, “but this is diminishing fairly quickly”. In rural areas, on the other hand, excess fertilizer is washed away by the rain.

Once again “the solution is to use plants as a pollution control factory”. For example, in partnership with highway management companies, the run-off water collected in holding basins can be treated by adding floating wetlands to improve their performance. Another example is processes that encourage sedimentation, with ditches containing plants or grass growing in them. “There is an international policy of no longer discharging this run-off water directly into rivers, but instead treating it first”, Florent is pleased to point out, mentioning among others the Water Framework Directive [2000/60/EEC] in Europe. Nevertheless, there is not as much legislative pressure in this field and potential financial partners, for example, are still few in number.

Although the effectiveness of reed bed filters is widely acknowledged, it is the acceptance of their benefits by the general public that will lead to their use on a large scale.

An Associate Professor at Mines Nantes, Florent Chazarenc contributed as early as in the 1990s to the rise in the use of processes for treating wastewater using reed bed filters, through his engineering internship and PhD in Environmental Engineering at the University of Savoie. He carried out his post-graduate research jointly at Polytechnique Montréal and at Institut de recherche en biologie végétale in Montréal, before returning to France in 2007 where he took his Accreditation to Lead Research in 2013. A marathon-runner and triathlete, he understands what it means to work over the long term and to combine processes. He and his team, “a group which has enabled me to carry out these trials over all these years”, have earned recognition through a large number of projects. Having organized the 5th WETPOL conference (International Symposium on Wetland Pollutant Dynamics and Control) in 2013 in Nantes, he is also strongly involved in specialist groups of the IWA (International Water Association) on the subject of reed bed filters and water pollution control. Through these activities he aims to facilitate the sharing and dissemination of information, help and guide young researchers and promote solutions beyond their initial field, such as the sale of finishing zones at the end of traditional stations.