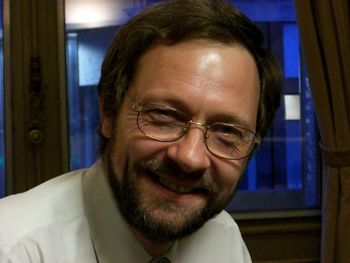 Since its creation in 2012, IMT has been a key player at the forefront of academic research in partnership in the main scientific fields. To continue to take up the present and future scientific challenges resulting from this research, the Institut has appointed Michel Schmitt as Deputy Scientific Director.

A graduate of the Ecole Polytechnique and a Mines engineer, Michel Schmitt also has a PhD from the Paris Ecole des Mines and is a research supervisor at the University of Paris-Dauphine.

He began his career at the Central Laboratory of Research at Thomson-CSF in 1989 as “Perception” Laboratory Manager. In 1995 he joined the Paris Ecole des Mines, firstly as manager of the Geostatistics Center, then as Research Director. In 2006 he took part in the construction of the Institut Carnot M.I.N.E.S. which he managed until 2011. On the strength of this experience he will provide the Scientific Department at IMT with his in-depth knowledge of research work within the Mines schools.

Michel Schmitt will place his expertise at the disposal of the Scientific Department of IMT, assisting in research, innovation, technology transfer and support for economic development, scientific information and forward planning.

“My past experiences, in particular in industry and then in the Mines schools, will be fully utilized at IMT and in its schools. Joining the Scientific Department will allow me to improve interdisciplinarity between the Institut’s various research areas: Digital; Energy; Advanced materials; Environment and Natural Resources; Economics, Business and Society”, commented Michel Schmitt, Deputy Scientific Director at IMT.

IMT sets-up its new Scientific Advisory Board
Scroll to top