Blog - Latest News
You are here: Home1 / News2 / The new Fondation Mines-Télécom expands its scope of action to 8 IMT s...

A look back at the creation of the new Foundation

On 28 February of this year, Fondation Télécom (founded in 2008 and recognized as a public interest organization in 2012) underwent a transformation to become Fondation Mines-Télécom. Since 1 January 2017, Mines and Télécom have been consolidated as part of a single large institution, IMT, in order to support training, research and innovation initiatives and secure prospects for IMT schools. To provide support for IMT’s strategic ambitions for sponsorship, the Fondation Mines-Télécom has positioned itself around the four major transitions of the 21st century: digital, energy, industrial and educational. But the action plan and fundraising goals reflecting this change remained to be determined and announced.

To accompany this change, Guy Roussel, the President of Fondation Mines-Télécom, has announced a goal of €50 million to be raised over the 2015/2020 period, which represents a growth objective of +20% per year for the two target groups – businesses and alumni.

These new resources will provide funding for future programs to benefit IMT as a whole in the fields of digital technology, energy and industry of the future, such as:

As Guy Roussel explains, “These programs already receive support from longstanding major sponsors (BNP Paribas, Nokia, Orange etc.) but are now seeking support from new partners within the ecosystem of the Mines schools. We have considerable development work ahead of us as we try to convince new companies to provide funding.”

At the same time, Fondation Mines-Télécom will develop its outreach activities: annual Foundation awards (to reward the best internships and PhD dissertations), “Foundation Breakfasts” at Numa (Paris) and “Foundation Monitoring Reports,” which will outline the latest developments in one research and innovation topic per year (digital trust in 2017, artificial intelligence in 2016 etc).

Initiatives and sponsorship projects in the schools

In addition to these large-scale collaborative projects, Fondation Mines-Télécom will also help develop sponsorship projects with businesses through the creation of chairs, for example, as well as campus development initiatives, through value enhancing recognition programs, such as employer brand development, access to students, etc. (40 agreements to date).

The Foundation will also continue the development of MOOCs at IMT thanks to support from the Fondation Patrick & Lina Drahi.

Means to achieve this goal

At the time of its transformation, Fondation Mines-Télécom (composed of a six-person team led by Véronique Deborde, dedicated to fundraising and developing sponsorship programs) reviewed its governance to include two new administrators from the Mines ecosystem: Thierry de Mazancourt (CEO of Safran Consulting) and Jean-Yves Gillet (CEO of Gilet Trust Invest, former Executive Director of BPI France), as well as a Mines alumni representative along with the Télécom alumni.

A corporate sponsorship committee was also created to organize requests for donations from major partners in addition to the existing alumni campaign committee chaired by Michel Combes. Finally, as part of its new strategic plan (introduced by Philippe Jamet, who will outline the main elements of the plan which is being finalized), IMT will also support alumni associations.

Testimonials from start-ups and researchers

The event featured testimonials from individuals who have benefitted from the Foundation’s support:

These testimonials helped illustrate the real impact of Fondation Mine Télécom’s initiatives to date in concrete terms.

Creation of a sheltered foundation with Mines Alès

The event held on 26 September concluded with the signing of an agreement to create a sheltered foundation with Mines Alès by Bruno Goubet, the Dean of IMT Mines Alès, Sébastien Deveaux, the President of Mines Alès Alumni and Guy Roussel, the President of Fondation Mines-Télécom. Fondation Mines-Télécom’s new status allows it to shelter other foundations (FSE) under its aegis. The Mines Alès sheltered foundation, which will support the school’s development, is the first such example. 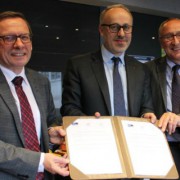 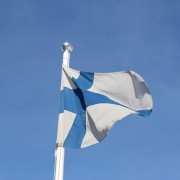 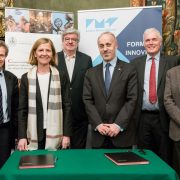 Cybersecurity: new challenges to face up to – Hervé Debar, Télécom...

Industry of the Future: IMT’s new Bachelor’s degree in technology off to...
Scroll to top