In a world where the economy is increasingly service-based, digital commons is key to developing the collaborative economy. At Télécom Bretagne, Nicolas Jullien, an economics researcher, is studying online epistemic communities, creation communities which provide platforms for storing knowledge. He has demonstrated that selfish behaviors may explain the success of collective projects such as Wikipedia.

From material commons to digital commons

Cities of commons, common areas, commons assemblies: commons are shifting from theory to practice, countering the overexploitation of a common resource for the benefit of only a few, and offering optimistic solutions across a wide range of sociological, economic, and ecological fields.

“Work carried out since the 1960s by Elinor Ostrom, winner of the 2009 Bank of Sweden’s “Nobel” prize for Economics, has led us to abandon the idea of a single choice between privatization of common goods and management by a public power,” says Nicolas Jullien. “She studied a third institutional alternative where communities collectively manage their commons.” This work first focused on natural or material commons, such as collective management of fisheries, then, with the advent of the Internet, on knowledge commons. The threat of enclosures (expropriating commons participants from their user rights) emerged once again, around the subject of handling copyrights and new digital rights.

Nicolas studies online collective groups whose goal is to produce formalized knowledge, not to be confused with forums, which are communities of practices. “A digital commons is a set of knowledge managed or co-produced by individuals,” explains the researcher, citing Wikipedia, Free, Open Source Software (FLOSS), open hardware, etc. In order for a material commons to function, the number of individuals involved must be limited so that members may organize the commons and choose their rules: entry barriers are thus required.  “It’s different with digital commons since apparently there aren’t any entry barriers and everyone can contribute freely,” remarks the researcher, who raises the following questions: Why do individuals agree to take collective action for a digital commons when they are not obliged to do so?  How can this collective action be organized?

The digital world does not fundamentally change how people function, nor does it change voluntary commitment, but it does produce a mass effect and a ripple effect, which act as facilitators. It allows more specialized people to meet each other using coordinated information systems managed through Internet bots and artificial intelligence… Finally, because it is not very expensive to produce and make available, the fact that people take advantage of commons without paying is of less importance.

Selfishness as a driving force for collective action

Are new theories required to understand digital commons? Not according to the researcher, who states, “Technology is certainly evolving, but human beings still work the same way. Existing theories explain people’s involvement in digital commons rather well, along with the way participants are structured around these commons.”

Among these is Marvell & Olliver’s 1993 theory, which established that people weigh cost and opportunity when making a commitment. Collective action is then a gathering of rather selfish individual interests, with varying levels of involvement. And a common denominator is required to remind people about the rules on a higher level. These comprise entrance filters, coordination systems, people who devote themselves to enforcing these rules, and robots who patrol. “If only selfish people were involved, it wouldn’t work,” says Nicolas. Even though interest is purely selfish at the outset, “I’m doing this because I like it, I need to do this, it’s an intellectual challenge, it’s for the good of the world,” individuals soon become interested in adding content to the platforms and following their rules,” and this is the key to how this system works, since the goal is indeed the production of knowledge.”

How selfish are participants in these communities? The researcher and his team, in collaboration with the Université de la Rochelle and the Wikimédia France foundation, studied the social attitudes of Wikipedians, including non-contributing users whose role is often under-estimated. 13,000 Wikipedians were subjected to the “dictator game where you receive a sum of €10 and have to share it with another person. How much of it do you keep?” Following a precise protocol, the game was used to find out if the community produced prosocial behavior, or if individuals already exhibited pro-social preferences that explained their behavior. Two thirds of the participants replied 50/50, well above the usual 40% of people who reply this way when participating in the game. Wikipedians thus have this social sharing norm in common. Better still, whereas earlier studies indicated that Wikipedia contributors had higher-than-average prosocial attitudes for their age, the study did not reveal differences between contributors and non-contributors. “We observed that visiting Wikipedia makes people more likely to demonstrate prosocial (not necessarily altruistic) behaviors.” In other words, compliance with a social norm increases as the sense of a collective develops.

These studies, at the crossroads between the disciplines of industrial economics and organizational management, will provide engineering programs with food for thought about how organizations manage digital change. The researcher asks a third question: how do digital commons projects impact the economy? First of all, there is an emergence of what, in 1993, the economist Paul Romer referred to “industrial public goods” around which participants seek to position themselves. “I would ideally like to create something like ‘open street map’ without a competitor doing the same thing before I do. So that’s what leads me to work in an open standard,” explains Nicolas. And since there cannot be a multitude of platforms fulfilling the same need, there are increasing yields with adoption: the more time goes by, the more people want to contribute to a certain platform rather than another, and accept its rules even if they do not exactly correspond to what contributors would like.

“What we noticed with FLOSS, we’re noticing with Wikipedia too,” remarks the researcher. Individuals are paid to make sure the references are up-to-date. A whole project involving editing, quantification of information, observation, integration of content produced in the ‘above services’ is developed. This verification momentum provided by the community creates the business. Without that, “if the commons stops evolving,” there is no longer any reason to participate.

“Many other questions still remain,” continues the researcher, “within national and European research on innovative societies and industrial renewal.” These questions have been explored in the past by the ANR CCCP-Prosodie project and are currently being studied by the ANR common project with the Fing, CAPACITY. How are professions (librarians, for example) changing in response to daily contact with the digital commons? What is learned in these commons, “which are like game guilds”? How are the practical skills developed there related to academic skills? How valuable is this on a résumé? Do companies that hire commons developers buy access to the community? For Nicolas Jullien, all these open-ended questions would deserve to be studied by a digital commons Chair.

An associate research professor in economics at Télécom Bretagne, Nicolas Jullien has been working on digital commons since his thesis on free software in 2001. He was coordinator of the Breton M@rsouin cluster for measuring and studying digital uses until 2008, and is head of the Étic (evaluation of ICT measures) research group and of the Master’s in ICT Economics co-accredited by the Université Rennes 1. He was a visiting professor at the Syracuse iSchool (in New York State) in 2011, where he led research on communities of online production and has held an Accreditation to Lead Research since 2013. Guided by a curious mind more than any particular taste for developing theories, this engineer, who is a fan of multiview approaches to understanding complex phenomena, will become a member of the Board of Directors of LEGO, a research laboratory for management economics for western France (UBO/UBS/Télécom Bretagne), in January 2017. 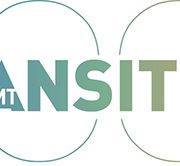 MOOC: understand everything about the collaborative economy