You are here: Home1 / Live labs2 / Computational sciences: when math makes all the difference – Francesco... 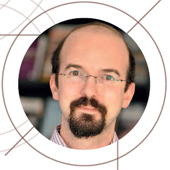 What is the link between thought-controlled computers, being able to turn invisible, using virtual worlds to test hypotheses in archeology, and research to better understand and treat epilepsy? Each of these fields of research benefit from a new scientific approach, known as computational, which is becoming a new discipline in its own right.

Computational physics is an area of research at IMT, led more specifically by Francesco Andriulli, an associate professor at Télécom Bretagne. He is part of the generation of scientists who enjoy the benefit of advanced technology and deal with masses of data, and who must master not only their particular field of research, but also math and engineering.

The use of computational science in physics 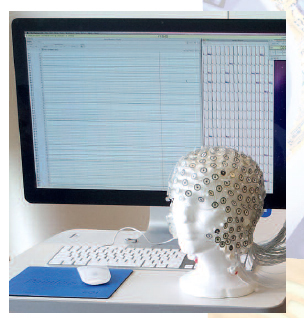 Prompted by Jim Gray, a database researcher and winner of the 1998 Turing prize, the scientific community has noted a major paradigm shift over the past couple of years within the sea of data surrounding us. Three main paradigms have driven science since its beginnings, complementing rather than replacing each other. For centuries, science was based on an empirical methodology of observation and study of only observable phenomenon. Later, scientific practices became more theoretical, using models, abstractions and generalizations. It was in this way that Kepler’s laws, Newton’s laws of motion, Maxwell’s equations in electromagnetism and the kinetic theory of gases emerged. Lastly, the invention of computers in the middle of the 20th century added programming to researchers’ list of tools, allowing them to model complex phenomena.

Now science has evolved once more. Scientists almost never look directly into their instruments (telescopes, microscopes etc.) but instead simultaneously examine data recorded by such instruments and those created by simulations. This data are becoming increasingly big. For Jim Gray, the exploration of data has become the fourth scientific paradigm.

Computational physics is part of this heritage. Francesco Andriulli explains that “It is a multidisciplinary field, theoretical and at the same time part of applied math and physics, advanced engineering and high performance computing.” Computational electromagnetism comes down to solving Maxwell’s equations, a much more predictive theory than mechanics, in complex spaces and environments. Even through these equations are 150 years old, the field is thriving: “We find new effects and new elements, particularly in the quantum field and in the science of complex materials.”

In addition to contributing to scientific advances, computational physics has also had a significant impact on cutting-edge engineering and its applications. Throughout his career, Francesco Andriulli has collaborated with many organisations, research centers and companies in Europe and the USA. The electromagnetic and digital techniques that he has developed have been applied to several problems and techniques in industry such as the design and electromagnetic characterization of circuits, metamaterials, wideband antennas, the characterization of electromagnetic physics of the brain, brain-machine interfaces and brain imaging.

For anyone wishing to understand the electromagnetic interactions taking place within the brain, it is a highly complex environment. “There are several major areas of complexity,” explains the scientist, for whom this topic is one of the applications of his research field. “The physical properties are not the same throughout; the movement of the electric charge follows a preferential route between the neuron cells, and not in all directions; the forces involved are very weak and, above all, it is difficult to reproduce results of an experiment because it is impossible to obtain the same brain state twice.” The brain can be studied with the aid of functional magnetic resonance imaging, a technique that allows examination of the fabric of the brain, but which is cumbersome, costly and difficult to implement. Another technique, electroencephalography, involves measuring the brain’s electrical activity with the aid of sensors placed on the scalp: “We have the most powerful machine available today, with 256 high-density sensors”, adds the researcher. But measuring isn’t enough, the location of where the measurement was taken must be known, which is why the patient is surrounded by a dome that precisely locates each sensor and allows a deformable model of the patient’s head to be calculated.

A mathematical and physical theoretical model, brain-machine sensors and interfaces that allow every kind of interpretation possible, and new algorithms for processing the data collected… computational electromagnetism proves to be useful at every step of the journey, because it resolves the complexity presented at each of these levels.

“We take the measurement on the surface of the brain volume, and math allows us to move from surface to volume”, summarizes Francesco Andriulli. Algorithms are then the key to accelerating the calculations. “Here, math is not just useful, it’s essential.” Thanks to these algorithms and supercomputers, calculations have gone from taking four years to just two hours.

Today, all this is possible for two main reasons. Firstly, there was a major advance in mathematics at the end of the 1990s: the Fast Multipole Method was developed, among other things, to help resolve the n-body problem within a reasonable timeframe, as well as other complex problems. The second reason is that the technology available today allows such problems to be tackled. Concerning the brain, such technology increases predictive power for electromagnetic behavior and allows the elaboration of very precise imaging.

The algorithms’ success also depends on the equipment they are applied to. The two fields are not separate. “It’s definitely transdisciplinary, not multidisciplinary”, explains the researcher enthusiastically, “transdisciplinary work is intrinsically multidisciplinary: it’s like swimming in multiple swimming pools at the same time.” This transdisciplinary character is given concrete form in several fundamental and applied research projects initiated by Francesco Andriulli at regional, national and European levels. He was awarded a grant from the ANR JCJC program (French National Research Agency, Young Researchers Program) for advances in electroencephalography imaging techniques. Even though he has had access to the world’s seventh most powerful computer, he also works with more standard equipment in his laboratory TeleComPhysLab for Brain Research Applications at Télécom Bretagne, to see what is achievable on this scale. “Our expertise will make all the difference” he confidently concludes.

Currently in his thirties, Francesco Andriulli’s career is in a period of acceleration where he can dedicate himself to his research whilst at the same time being actively involved in the scientific community and communicating his passion. A senior IEEE member, in July 2013 he was named associate editor of the prestigious scientific review IEEE Antennas and Wireless Propagation Letters, and later IEEE Transaction on Antennas & Propagation. “I have wanted to be a researcher since high school, when I discovered that knowledge gave you skills for achievements later on” he recalls. Hence his keen interest in math, which is “essential, because even if we develop applications that seem nice and obvious later, we must never forget that they originated from mathematics”, paired with an engineer’s mentality, in order to “be able to do things.”A graduate of the Polytechnic of Turin and the University of Michigan, Ann Arbor, the young researcher arrived at Télécom Bretagne in 2010. An accredited research supervisor, he heads up a team of PhD students and post-docs. For the European “Marie Curie Ambassador” program he is currently leading a project to popularize science in several high schools in Brest.