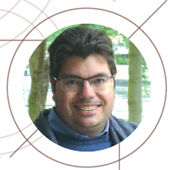 For several years, Smart Grids have been the hot topic in the energy field. As current networks become less and less adapted to new energy issues, we need to thoroughly rethink energy management and introduce smarter electricity networks. These networks of the future should be able to adapt production to consumption as precisely as possible, taking into account new parameters and constraints such as renewable energy or electric vehicles. IMT, with expertise in the field of energy with the Mines schools and knowledge in the field of digital technology thanks to the Télécom schools, is involved in various projects for the Smart Grids engineering.

If the amount of research on Smart Grids is significantly increasing, it’s because there is a sense of urgency. “The driving force behind it all is energy transition. France must quarter its CO2 emissions by 2050”, explains Marc Girod-Genet, researcher at Télécom SudParis. The difficulty is that the solutions proposed for this transition are not always compatible with the state of current electricity grids. 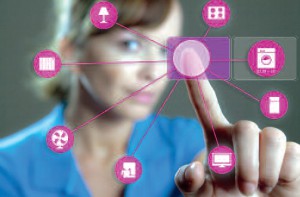 Most renewable energy sources are, for example, highly fluctuating and dependent on weather conditions. Moreover, some end users are becoming prosumers (i.e. both producers and consumers) by installing a miniature wind turbine or solar panels with associated small energy storage infrastructures, a dual role that has not been sufficiently accounted for by the network.

Another problem is the future popularization of electric vehicles, with heavy consumption at any hour of the day. “A few years ago it was a lot simpler to manage electricity grids,” Marc Girod-Genet points out. “If we needed more energy, with standard power plants, it was generally enough to increase the output. Today, production and consumption phases fluctuate much more.” The expected energy transition is therefore impossible without Smart Grids that are allowing the matching of these new demands.

Changes at all levels

Smart Grids can be seen as classical electricity grids to which three new aspects are added: a telecommunications network to relay information on the, a large scale and distributed information management system, and an energy services platform.

As primary links in the chain, consumers’ houses will very soon be fitted with smart meters. “The objective within Europe is to equip 80 % of households with this type of meter by horizon 2020” says Marc Girod-Genet. These new tools will allow local management decisions to be made according to in particular consumer habits, equipment available and levels of consumption. “Télécom Bretagne research teams are currently working on all these mechanisms for measurement communication and preprocessing information locally (Advance Metering Infrastructure – AMI), in partnership with Itron and Texas Instruments in a joint research center for developing such smart meters”, explains Marc Girod-Genet. The resulting combination of these meters with a telecommunications network will allow information to be received on a larger scale in the various control centers that will collect this sea of data. These control centers will link the information up with other types of data, for example wind speed measurements for forecasting wind turbine production. “This data is particularly large in quantity (Big Data) and diverse in nature and scales. One of the challenge is therefore to find ways of managing this heterogeneity in order to facilitate decision-making on actions aiming to improve energy efficiency. Big Data analysis is one of our specialties at Télécom SudParis.” Finally, this new network architecture, provided with an extended energy-related knowledge base, will also allow the provision of new services such as dynamic pricing, dynamic energy provider selection, and smart monitoring of electricity consumption, for each consumer. IMT is involved in such societal changes in energy consumption.

Researchers at IMT have been working for several years on different aspects of these Smart Grids, and more generally on what is known as Smart Energy. For Marc Girod-Genet, this involvement is logical: “The Mines schools have always been strong in the field of pure energy, such as in particular production management, energy transport and storage, renewable energy management, fuel cells and energy transformation. Télécom research teams are contributing expert knowledge on communications networks and their management; information management systems and data modeling/processing issues (Big Data included); smart metering, Advance Metering Architecture (AMI); and service architectures. We are therefore perfectly qualified to work on Smart Grids.” Such expertise has led to the involvement of IMT laboratories in various large-scale projects. One of them, Nice Grid (with the participation of Mines ParisTech), was launched in 2011 and allowed a Smart Grid, or “micro-grid” to be tested out at local level within a district of Nice (fifth French city). With smart meters, energy monitoring and consumer involvement, every aspect of smart grids was included in this project.

IMT is also looking into issues less directly linked to smart grids, like electric vehicles. Completed in 2013, the VELCRI project¹ (with the participation of Télécom SudParis) consisted of three main research priorities: optimizing the distribution of charge amongst vehicles, allowing secure communication between the charging station, cars and the electricity network and finally using car batteries as a means of energy micro-storage. “Thanks to internal partnerships between Mines and Télécom researchers, we have lots of different studies on future energy networks” concludes the researcher. The Internet of Things and machine-to-machine communication (M2M), cloud architecture, environmental impact, societal issues, infrastructural and data security etc.: these are all lines of research within IMT for optimal answer to energy transition objective requirements.

Studies on Smart Grids are not limited to the local or national scale. With globalization, Europe is becoming increasingly focused on energy management. At the end of 2013, a major European project named SEAS (Smart Energy Aware Systems) was launched, involving collaborators from Spain, Finland, Portugal, Turkey and France. The aim is as simple as it is ambitious: achieve interoperability of different energy systems, leading to umbrella energy management. Since management systems vary greatly from one country to another, the challenge will be to standardize generic mechanisms, data format, protocols and materials for energy information representation, processing and exchange between energy systems, automation systems, ICT based digital services and all related stakeholders. In this respect, Armines, Télécom Bretagne, Télécom Paris and Télécom SudParis researchers are contributing significantly to this 3-year project, focusing particularly on the open semantic energy data models used, the energy information exchange platform and the management of electric vehicles. According to the partners involved, the concrete applications of this research should be seen at the end of the project scheduled for 2017.

In 1994, Marc Girod-Genet left EPITA. His engineering diploma in hand, he headed to the USA where he obtained a Master of Science at the Stevens Institute of Technology. “Born in Zaire, I’ve always been attracted to going abroad”, says the researcher. Yet it was in France that he accepted his first job, at CNET (now Orange Labs), whilst also writing a thesis at the same time. In 2000 Marc Girod-Genet earned his PhD in Information Sciences at the University of Versailles Saint-Quentin-en-Yvelines before joining Télécom SudParis in the same year as EU research project manager. He concentrated in particular on mobile networks, already endeavoring to introduce more intelligence. He later became an associate research and professor in 2005, which allowed him to teach alongside his research. “I like this perspective of knowledge transfer,” he admits “the field of new information and communication technology is evolving very quickly, and our teaching must therefore be constantly adapted.” With two decades already under his belt studying all types of networks as well as multiple awards, Marc Girod-Genet has a considerable amount of knowledge to transfer…