You are here: Home1 / News2 / IMT receives an Excellence Award together with Télécom Nancy, VITEC Multimédia an...

In June 2019, IMT and its partners received a new Excellence Award for the E3 project (E-Health services Everywhere & for Everybody).

The European E3 project has developed a telemedicine platform for healthcare professionals and patients that provides access to e-health services regardless of their location.

Collaborative projects have proven to be the most effective tools among IMT’s initiatives aimed at supporting research, economic development and innovation. IMT therefore works alongside its schools, research professors, partners (universities, laboratories, institutional hospitals, etc.), companies and start-ups (often hosted at its incubators).

In keeping with its strategic commitment to health, IMT is partnering with the E3 project (which is itself a follow-up to the Hipermed project). 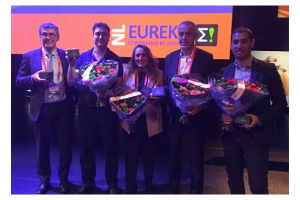 This research continued with the E3 project, which makes telemedicine even more accessible by allowing services to be used on mobile tools such as tablets and smartphones (using a standard web browser, thanks to WebRTC technology).

In addition to sharing expertise, this solution creates significant prospects, including the opportunity to greatly reduce travel fees, both for doctors traveling by car to multidisciplinary consultation meetings and ambulances transporting patients to hospitals.

In the area of education, it also makes it possible for many students to observe operations that previously could only be viewed by less than a dozen students at a time with limited interactivity and without ensuring a good angle for all viewers.

IMT’s strategy for Innovation and Support for Economic Development receives an ample reward: in September, the E3 project was recognized in Amsterdam at the annual event entitled “Creating Ecosystems for Innovation”, attended by Mona Keijzer, the Dutch State Secretary for Economic Affairs. 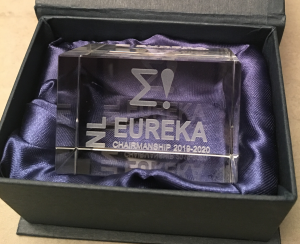 About the Excellence Award

Every year, the Excellence Award recognizes outstanding projects in terms of business prospects. Recipients include the Eureka and Celtic projects.