The International Data Spaces Association (IDSA) and IMT have signed an agreement confirming that IMT will become the French IDSA hub and will galvanize the French ecosystem to develop a promising European standard for secure and sovereign data sharing. With the creation of this French IDSA hub, initiatives in the field of artificial intelligence and data sharing are set to increase significantly. The agreement was signed during the Viva Technology show which showcased the latest innovations and startups in Europe. 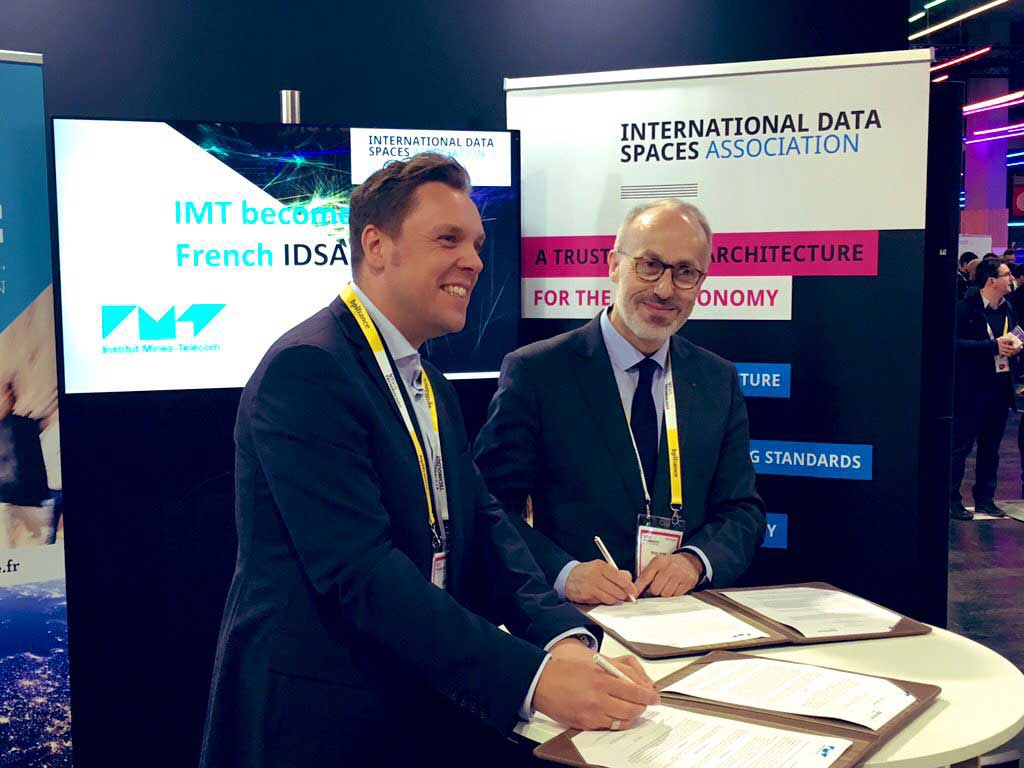 International Data Spaces (IDS) enable organizations to exchange data securely without having to run data streams through a centralized platform. Therefore, the original owner always maintains control over the data and sets the restrictions and conditions for its use.

For IMT, data sovereignty is a key concept in the growing data economy: a trustworthy environment is supposed to underpin all data exchanged between companies in the future. IDS is an open standard that can be implemented in the software of different companies.

As a French IDSA hub, IMT will commit itself to promoting IDSA concepts among public and private organizations in France and will highlight useful initiatives that can support the development of IDS at the national level in France. The aim is to accelerate activity in the area of data sharing by launching new initiatives in France and by connecting existing initiatives between European countries through European projects.

An example of this aim: two major H2020 projects in which IMT participates through its TeraLab platform, BOOST 4.0, dedicated to modeling the industry of the future; and AI4EU, which brings together the European AI community.

IMT has been given this key role in the field of data sharing based on its extensive knowledge in the field of ICT and its position within initiatives in different sectors such as industry or healthcare. To promote such projects and data sharing, IMT will rely on its TeraLab platform, which gives companies access to an entire ecosystem of researchers, startups and businesses, and allows them to overcome the scientific and technological obstacles to using their data.

Data sharing within industries, and increasingly, between organizations across all industries, is necessary in order to be competitive. 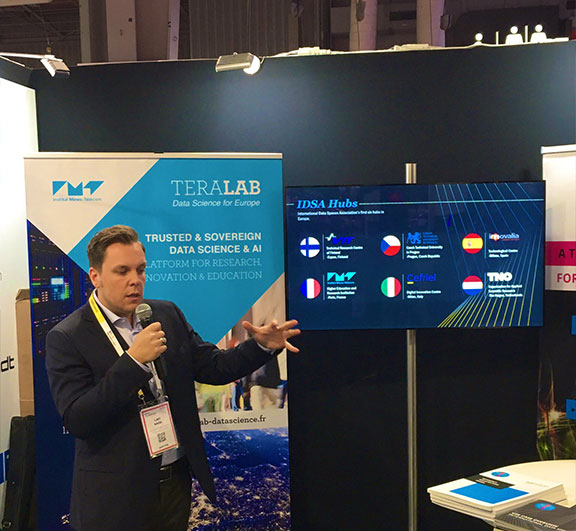 It is no longer enough to simply analyze and collect data within a company. It is only by combining data sources with those of other stakeholders that companies can draw valuable conclusions and optimize their business operations within the chain or across complex value networks: from early detection of faults in a production process to streamlining a supply chain.

This makes data a strategic asset for a growing number of companies, and as a result, organizations wish to maintain control over how data is used. Controlling privacy or commercially sensitive information are such examples.

However, data sharing itself is also becoming increasingly complex: artificial intelligence, for example, provides opportunities, but also requires proper management of issues such as meaning, context and quality. At the same time, the costs of data sharing must be reduced in order to make large-scale implementation possible.

The GTI considers standardization in the field of data sharing, such as IDS has developed, to be a key method for addressing these issues. This also dovetails with the wider range of technologies IMT is working on. Its research and testing activities with companies to establish proof of concept in industry must rely on a standard to facilitate data exchange. This is an important step towards realizing the promises of the Industry of the Future.

The IDS initiative is managed by the International Data Spaces Association, a European non-profit association which currently has 100 members from a wide range of industries and research institutions from 19 countries, primarily in Europe. IMT, a member of the association, is especially active in the Architecture WP. Through the French IDSA hub, this knowledge and experience may now be made available to other industry stakeholders in France, allowing them to develop their own applications.

There are already 6 official IDSA partners

A growing number of countries are setting up national hubs with the IDSA, which strives to work with these partners to disseminate its standard for data sovereignty and data ecosystems throughout Europe and beyond, and to enhance cooperation with international R&D organizations and companies.

Including France, 6 partner hubs have been established so far (the Netherlands – TNO, Finland – VTT, the Czech Republic – CTU, Italy – Cefriel and Spain – Innovalia).